Incident. On the 10th December 1940, at Osterley Park, Middlesex, a section was working, on an unexploded bomb when it detonated. Sapper J. Darsley aged 19; Driver A.K. Hartland, Lieutenant K.G. Hope, Driver F. Horton RASC and Lance Corporal C. Lebbon aged 43 were all killed. It was a cold day and at Osterley Park, the section had adopted the standard practice of lighting a fire and brewing a large Dixie of tea. Sapper Jimmy Hulme had gone to see to the tea when the bomb detonated. He was knocked over by the blast and a piece of shrapnel hit him in the back. He spent some time in hospital and then returned to his unit. After this incident he acquired a slight stammer but was otherwise okay. 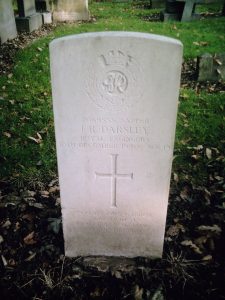