Sapper L.D.G. Allsopp with Staff Sergeant S. Cullingworth was ambushed on the outskirts of Al Zubayr, Iraq. They were taken to the Iraq Military Intelligence compound were they later died from gunshot wounds. There bodies were found just under a month later in a shallow grave not far from the town.

Died on the 23rd March 2003. Aged 36. Buried at All Saints Church, Wimbish, Essex. Lieutenant Colonel Anthony Troulan, the Commanding Officer of 33 Engineer Regiment Explosive Ordinance Disposal said: “Staff Sergeant Cullingworth was an extremely experienced soldier who was in line for promotion and whose dedication to duty and professionalism won him the respect of everyone he served with. This was his third tour of duty with the Regiment he had already served as a Bomb Disposal Officer in the Balkans and Afghanistan. He leaves behind his wife Alison and two young sons Mathew aged 8 and Jack aged 3.” Major Alec Campbell second in command of 33 EOD said: “He was meticulous in the way he ran his troop. He was thoroughly reliable-the sort of man who is the backbone of the British Army.” 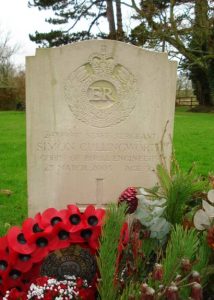 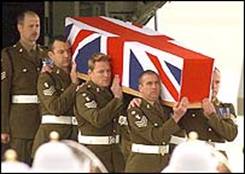