Incident At Dellwood Gardens, Ilford an unexploded bomb was partially uncovered, it was fuzed with a clockwork time delay. On checking the fuze was not ticking. Digging continued to check if another fuze was fitted. As this was being undertaken the bomb detonated Sapper D. J. Hurley and Lance Corporal M. Thorp were killed. Three other Sappers were injured and taken to hospital. It is believed that the vibration caused by the digging may have started the clockwork fuze. Or another fuze was fitted which could have been of the anti-disturbance type. Details taken from Bomb Disposal Casualties of WW11. Chris Ranstead. 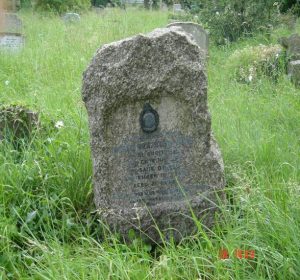