Son of Thomas and Mabel Annie Thomas of Blackwood, Monmouthshire. B.S.c. Engr. Hons. (Lond). Died on the 26th August 1943. Aged 23. Commemorated at Pontypridd Crematorium. Panel R.H. Photograph of the whole Memorial Plaque. Sadly this is in a locked building due to vandalism. Incident. 2 Second Lieutenant W.G. Thomas was posted from 3 Bomb Disposal Company after a raid on Grimsby to 14 Bomb Disposal Company at Hull. On the 22nd August 1943 accompanied by Lance Sergeant Langridge a Lance Corporal and a Driver he went out to clear Butterfly bombs. These had been dropped on the 17/18 August. They were in a field of stuked corn where one had been reported, the driver of the tractor cutting the corn had narrowly missed the Butterfly bomb with his wheels, the reaper blades had passed over it without touching. It had been raining before the raid and the bomb had become half buried it had also lost it drogues. It had a no 67 fuse and a decision was made to explode it where it laid. A guncotton slab was placed upon it and safety fuse set. The fuse was lit and they took cover, ninety two yards away. When the guncotton exploded the bomb flew into the air, it landed on the Drivers steel helmet, bounced onto the Lance Corporal shoulders then onto the Sergeants bottom and landed on Lieutenant Thomas’s feet where it exploded. Lieutenant Thomas lost his feet and died on the 26th August 1943 of explosive gangrene. He had been in Bomb Disposal for only six months. Sergeant Langridge was wounded and both other men suffered shock. Details taken from The Dangers of UXB’s. Lt Col E.E. Wakeling 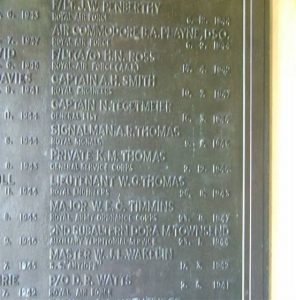 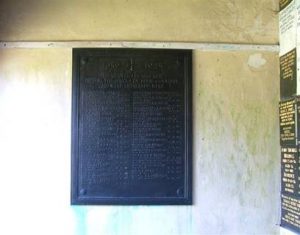