Son of Charles William and Mary Alice Rushton of Haslingden, Lancashire. Died on the 23rd June 1944. Aged 28. Buried at Benghazi War Cemetery. Grave 3. A. 1. Incident - Unknown however, Sappers G. Clarke, H. A. Cox, Lance Corporal H. Greaves, Sappers J.P. McDowall, J. Rushton and F. Wade all died at this incident. Benghazi War Cemetery Benghazi was an important goal for both the Allies and Axis forces during the Western Desert campaigns of 1942 and 1943. There are now 1,214 Commonwealth servicemen of the Second World War buried or commemorated in Benghazi War Cemetery. 163 of the burials are unidentified. Special memorials commemorate two casualties buried in Barce War Cemetery, whose graves could not be located. 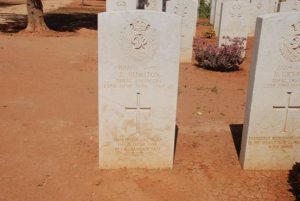 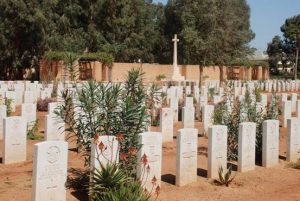