Birmingham Incident After a heavy raid on Birmingham in April 1941, an unexploded bomb was found, it had hit a predictor on an anti-aircraft gun site, went through a foot of concrete, down another twelve feet, changing direction as it went. A tunnel was dug to reach it, on investigating it was found to be ticking. Corporal F. Norman recalls, Lieutenant R.A. Wakeford phoning HQ to request the steam steralisation equipment, however this would take to long to arrive. Lt Wakeford accompanied by Sergeant Hilder proceeded down the shaft to see if they could tackle it. Lieutenant Wakeford threw his cap to Corporal Norman for safe keeping. Sergeant Hilder ordered Corporal Norman to leave the area; he was about 15 yards away when the bomb detonated behind him. Lt Wakeford and Sergeant Hilder both died. Details taken from The Dangers of UXB’s. Lt Col E.E. Wakeling. Sapper W McShane AND Sapper J Smith Believed to have been injured on the 23 April 1941 and due to his injuries passed away on the 24 April 1941. 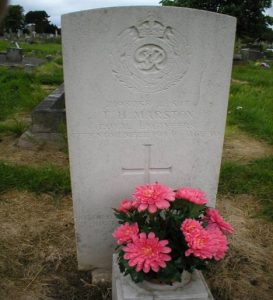