Died 27 June 2010. Aged 32 On the 4th November 2016, a memorial was dedicated in Llanellie for the lives lost from the town since the end of Second World War, Jamie Kirkpatrick is one of the 15 lives lost in conflicts since then. Notes: Note: Corporal Kirkpatrick was attached to the Joint Force Explosive Ordnance Disposal Group, part of the Counter-Improvised Explosive Device Task Force, and was killed in a small arms fire engagement with insurgent forces in the Nahr-e Saraj district of Helmand province. Corporal Kirkpatrick’s family paid the following tribute: Jamie was a larger than life individual who was loved, loyal and loud. A wonderful son. He was a proud soldier, friend, brother, husband and daddy. The family are devastated by their loss and are struggling to come to terms with the fact they will never see him again. Lieutenant Colonel David Southall, Commanding Officer, Counter-Improvised Explosive Device Task Force, said: Corporal Jamie Kirkpatrick, or ‘KP’ to his mates, was a robust, humorous and professional Royal Engineer. A Plant Operator Mechanic by trade, Corporal Kirkpatrick sought excitement, variety and challenge in his military career at every turn and no-one was surprised when he stepped up to train in an explosive ordnance disposal role. Deployed in the deadly fight against the improvised explosive device threat, his diligence, coolness under pressure and total confidence in his abilities always shone through and his actions undoubtedly saved lives in Afghanistan. KP was also a natural team player; always keen for a laugh, his irrepressible optimism made him incredibly popular within our tight-knit counter-improvised explosive device community. His greatest passion in life, however, was his family. My heart goes out to his wife Heidi and very young daughter Holly whose loss is unimaginable. KP died doing something he loved, working to save the lives of others and liberate Afghanistan from the improvised explosive device threat - his sacrifice will not be forgotten. Lieutenant Colonel Aidan Smyth, Commanding Officer, 101 Engineer Regiment (Explosive Ordnance Disposal), said: Corporal Kirkpatrick’s talent was quickly recognised; he passed his Junior Non-Commissioned Officers’ cadre in 2001 and was immediately promoted to Lance Corporal before being further promoted to Corporal in 2006. Initially posted to 101 Engineer Regiment (Explosive Ordnance Disposal) as a Plant Operator, he recognised the importance of the fight against improvised explosive devices in Afghanistan and volunteered for training as an Explosive Ordnance Disposal Number 2. Corporal Kirkpatrick was an extremely professional soldier, an example to others, and it is devastating that he should lose his life whilst doing the job he loved. Our thoughts are with his wife Heidi and his young daughter Holly on their tragic loss. Corporal Kirkpatrick will be sorely missed but always remembered by all ranks in 101 Engineer Regiment (Explosive Ordnance Disposal). Corporal Jamie Kirkpatrick was laid to rest on the 20 July 2010. Mourners sobbed as a recording of an army hero reading his daughter a bedtime story was played at his funeral. Corporal Jamie Kirkpatrick, 32, of 101 Engineer Regiment, was killed last month by Taliban small arms fire as he defused bombs in Afghanistan. His widow Heidi wore pink to pay tribute to her hero at his funeral in their home town of Llanelli, South Wales. But it was Cpl Kirkpatrick reading The Very Hungry Caterpillar to 17-month-old Holly which had many of the 600-strong congregation in tears. At the end of the story, he added: "That's it Holly. I love you very much. I miss you and I can't wait to see you and mummy again." This website was built using the InstantPro Website Builder from Freeola.com 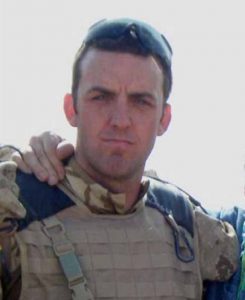 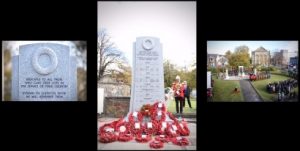 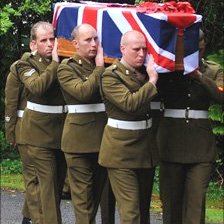