Son of Henry James Ellis and Grace Ellis: Husband of Phillis May Ellis of Stevenage. Died on the 9th November 45. Aged 23. Buried at Saint Nicholas Churchyard, Stevenage. Section A Cons Grave 99. Personnel and Incident Details. William was the son of Henry and Grace Ellis and the husband of Phillis Ellis. After leaving school he had worked for ESA and was a member of the local Home Guard. He joined the army in 1940 and entered the Royal Engineers. Where he served in a Bomb Disposal Unit. In 1943 William married Phyllis Scott and the couple lived at 46 Grove Road, Stevenage. On the 9th November 1945 he was involved in clearing mines, which had been laid behind the sea wall in Lowestoft. One of the mines exploded and instantly killed William and his colleague Sapper S.A. Denton. T is a sad irony that after five years of war service involving the clearing of many enemy bombs that William should be killed by one of our own mines. 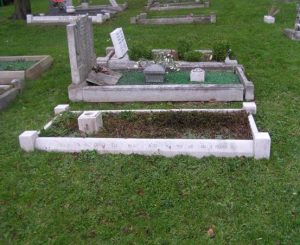