Died on the 29th October 1946. Aged 23. Buried at GlastonburyCemetery. Section I Grave 589. Note: Lieutenant G. A. Churchill was always known as George. He served 18 months as a dispatch rider for Glastonbury Fire Service whilst still in the 6th form at Elmhurst Grammar School. On leaving school he went to Bristol University, reading Research Chemistry, living in Wills Hall. During his time there he spent many hours at the University tower on fire watch duty. He was awarded his commission at the 140 OCTU RE, 172 class in September 1944 and was subsequently involved in clearing mines from the beaches at Brighton and Shoreham in Sussex. He was put in charge of the Experimental Bomb Disposal Unit at Bovington. Lt Churchill died on the 29th October 1946. QMSI Charles Henry Cook, who was with him and Sergeant Frosdick on that day related the events leading to his death at a Military enquiry, at Bovington Military Hospital, on the 31st October 1946. They were carrying out tests upon detonators on Turnetspudds Heath. At the end of the day it was decided to destroy all detonators that had been subject to tests. These were placed in a hole 18 inches deep and a charge placed on top to destroy them. QMSI Cook left Lt Churchill and went to clear the area. He walked towards the van he had got about 15 feet away when there was an explosion. On turning round he saw Lieutenant Churchill face down about 8 feet from the hole. Lieutenant Churchill was badly injured. He died from these injuries. Major J.D. Hay officer in charge of the demolition section said that Lieutenant Churchill had been a bomb disposal officer for 3 years and was considered sufficiently experienced to carry out any experiments they had to do. 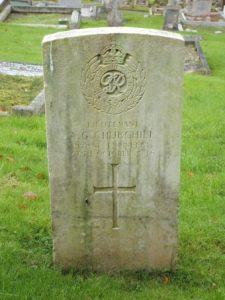 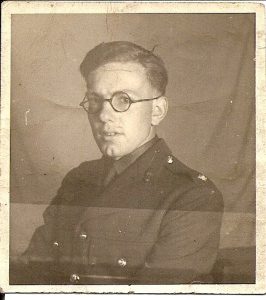