Son of John Arthur and Ruby Louise Cann, of Charmouth, Dorsetshire. Husband of Jean Beatrice Cann of Charmouth. Died on the 31st July 1945. Aged 27. Note George Medal. On the 28th October 1940, around the Ipswich area the first Butterfly Bombs were dropped, a number of policemen were killed when they investigated this new device. Lieutenant Louis. N. Taylor and then Sergeant Charles. N. Cann of 4 Bomb Disposal Company, were given the task of dealing with this new threat. They did this by destroying them by placing an explosive charge near to the devices. Whilst carrying out this task one was located and its fuze appeared not to be fully armed. The rotating spindle attached to the wings hadn’t been unscrewed as far as the others. Sergeant Cann with Lieutenant Taylor’s permission at great risk to himself, screwed the arming spindle back in and removed the fuze. For providing the first intact Butterfly Bomb for research and for other activities in Bomb Disposal he was awarded the George Medal. He continued serving with Bomb Disposal and was promoted to Captain. He had some close escapes, including the time he dealt with a parachute mine, it started to tick, indicating that the fuze was active and the mine would explode. He departed the scene with great haste, having to climb a number of six-foot high garden walls in order to escape. When the mine exploded he had managed to get just far enough away to avoid injury. Later in the war he developed methods for dealing with anti-personnel/tank mines buried in shingle beaches. Sadly at the end of July 1945 he went into hospital to have his tonsils removed, tragically he died under the anaesthetic. Some years later his son died under the same circumstances. Details taken from Bomb Disposal Casualties of WW II. By Chris Ranstead. 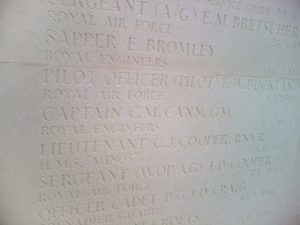 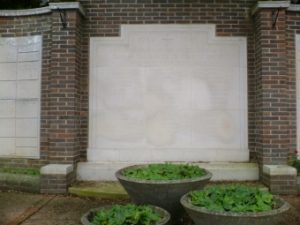