Son of Alice Brady: Husband of Norah Madaline Brady of Hitchin. Died on the 20th September 1944. Aged 24. Buried at Hitchin Cemetery. North West Extension Grave 411. Note: James the son of Alice Brady, came from Silvertown in London. He volunteered for Bomb Disposal Work when he was only 19 years old and it was whilst he was stationed in Hitchin that he met his future wife. They married in 1943 and lived at 7 Hill Path and at the time of his death, the couple had a 9 month old baby daughter. He had volunteered for overseas service but it was felt that his services were to useful and his request was denied. On the 20th September 1944, just a few days before he was due to go on leave, James was with his Company in Emberton, Bedford. They were in the process of rendering an enemy mine harmless when, at 13.20, it exploded killing eight men and injuring a further five. Lance Corporal E.W. Barlow, Sapper T. Bradshaw, Sapper J.W. Bridges, Corporal E.F. Brooks, Sapper N. Jolley, Sapper A.E. Martin and Lance Sergeant A.V. Maskell also died at this incident. 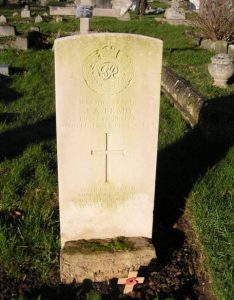 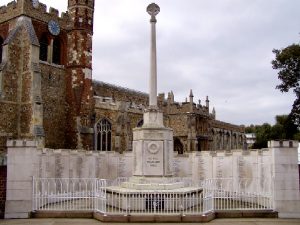